You are here: Home / Legal / Letter to Wilson

Re:   Scientology v. Armstrong
Court of Appeal of the State of California
First Appellate District, Division Four
Cases No. A107100 and A107095

This is a request for your stipulation to a thirty day extension to file my
respondent’s brief and answer to your writ petition.

Because of your earlier communications I will outline why I am making this
request.

It will not be possible for me to complete and file my papers by October 22.

As you will recall, on September 17 I asked you for sixty days extension, or
until November 21, to be able to file these papers. I stated then that there are
many reasons or good causes for such extension. You did not ask what they
were but responded that you, and presumably David Miscavige, et al., would
give me thirty days. Obviously I was right, and I needed sixty days, or until
November 21.

Sixty days, I think it’s very clear, is a very usual request because of what the
California Rules of Court states in Rule 15. Service and filing of briefs:

(b) Extensions of time

It is ridiculous and wrong for me to have to request the Court of Appeal for a
thirty day extension that you can stipulate to. That is not to say that
everything else you and your client have done in this case is not ridiculous
and wrong, but this would be, and everything else is not now under
consideration.

As you know, I am not a lawyer, and as I’ve stated many times and is, I
believe, obvious, it is neither easy nor quick for me to generate the responses
to the legal attacks of you and your client. You and your client can and will
say any old thing, but I am and must be very precise in what I write, and my
words must be measured. Living as I have had to these past thirteen or so
years with a $50,000 price tag on practically every utterance, naturally I
watch very closely. Your client, of course, has a horde of people like
yourself to generate the legal attacks, and I have but, as you note in your
opening brief and petition, God on my side.

My other ministerial duties, as you know, are vital and extremely time
consuming, and the demand of these duties on my time has not decreased at
all while I have also been forced to prepare my papers in response to your
latest attacks by your brief and petition. In fact, the demand of these duties
on my time has increased dramatically over the past month or more, as a
direct result of your client’s activities. I accept that a percentage of the
communicants who approach me for ministration may be covert Scientology
ops, but ministering to them takes just as much time as ministering to true
communicants. It is, of course, the unlawful goal of your client, and even
yourself, to prevent me from performing my ministerial duties altogether.

I have had a trip into the B.C. interior planned for next week for several
months and cannot change the time. I also have a trip to Europe and Asia

over the two weeks following, which was also arranged before your appeal
and petition were filed, and which also cannot be changed.

Your client is in no way prejudiced by agreeing to stipulate to the thirty day
extension I am seeking.

As I have also stated many times in sworn declarations, what caused me to
leave California in January 1997, to move to Canada, and to commence my
ignoring of your client’s “contract” and the Thomas injunction, was my
discovery at that time of a section of Scientology’s IRS Form 1023
submission on which the cult’s 1993 tax exemption is based, and which
viciously black PRs me. This discovery was shocking beyond belief to me,
in part because of its disgusting, mendacious content, and in part because
you and your client deliberately withheld this document from me in
discovery in the Armstrong II through IV litigations. This black PR signaled
to me that Miscavige, et al. would stop at nothing, no crime, to silence me,
or otherwise dispose of me. This section of black PR from the 1023
response is webbed at:
http://www.gerryarmstrong.org/50grand/cult/irs/index.html

Your statements, which you have made in many papers filed in various legal
proceedings, that I left California after being found in contempt, or to avoid
being jailed, are simply lies. You know that you are lying, and you repeat
your lie in your brief and petition:

“Neither the Agreement nor Judge Thomas’ order and judgment dissuaded
Armstrong from his contumacious breaches, and his flight to Canada
afforded him the opportunity to avoid jail and continue his simultaneous
contractual breaches and violations of the permanent injunction.”

As you well know, I left the subject jurisdiction in January 1997. You
obtained your order of contempt, without service on me of your order to
show cause, months later.

This past week I obtained and webbed another section of the same Form
1023 response your client filed with the IRS to obtain its tax exemption.
http://www.gerryarmstrong.org/…

This new (to me) section also contains pages of shocking, lying black PR on
me, and also was not produced to me during the litigation before Judge
Thomas. For the moment, I will only deal with this one sentence from this
black PR submission:

“The exception is Armstrong who we truly believe to be psychotic.”

This particular evil lie is extremely worrisome, indeed terrifying to me,
because it validates and reinforces the conviction that Miscavige will have
me assassinated to keep his ill-gotten tax exemption. And this lie also
introduces a whole new defense to what you and your client are trying to do
to me judicially. The only way I can prove, which I obviously must do, to
the IRS, to other U.S. Government agencies, to other national governments,
to the media, to my associates, to my communicants, in fact to every wog on
the planet, that I am not psychotic, which I am not, is to communicate to
disprove your insane, dangerous, cruel lie? It is obviously also necessary in
the process of disproving your lie to demonstrate what a criminal

organization and its rotten lawyers are generating this sick black
propaganda. My position is that all of my communications, which you have
tried to prevent and punish me for over the past thirteen years, prove that I
am not psychotic, and that I could not have proven that I am not psychotic
without the ability to make, and without having made, all of those
communications.

Scientology’s declaration to the IRS, and I believe to millions of other
people around the world, that I am psychotic, is particularly meaningful, and
dangerous, and damaging, and requires the kind of massive, global
communications that I have originated, because of the cult’s other and also
global claims that it is uniquely and professionally qualified to make such a
pronouncement. E.g., “As organizations we are the only people on Earth
today who can say with any security whether or not man is sane.”
http://www.carolineletkeman.org/refund/docs/flb-newsltr-2001.html

The evil intent in this declaration to the IRS that I am psychotic is also
shown in Scientology’s own “scriptures.”
E.g., “ All you have to do is pronounce somebody insane, you see, or
something of that sort, or drive him insane or something and he immediately
has no rights; he becomes property.” L. Ron Hubbard, Philadelphia
Doctorate Course.

It is clear that your client and you, in violation of all human norms, have
been pronouncing me psychotic and trying to drive me psychotic to destroy
my rights, and make me property.

This new defense that this new black PR creates will obviously require
additional time to research and adequately present in my brief and
opposition to your petition.

Please advise me immediately if you and your client will stipulate to an
extension of thirty days for me to file my responsive papers.

I will also fax this letter, and a stipulation for you to sign and fax back. 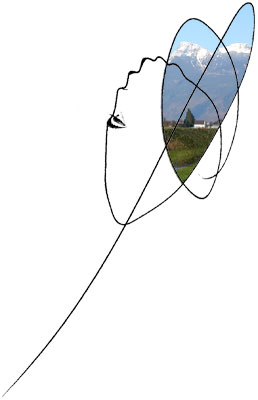 It is hereby stipulated between Andrew H. Wilson, attorney forappellant and petitioner Church of Scientology International, and Gerry Armstrong, respondent, that the time for respondent to file his respondent’sbrief in Case No. A107100 and to file his opposition in Case No. A107095,shall be extended thirty days until November 21, 2004.